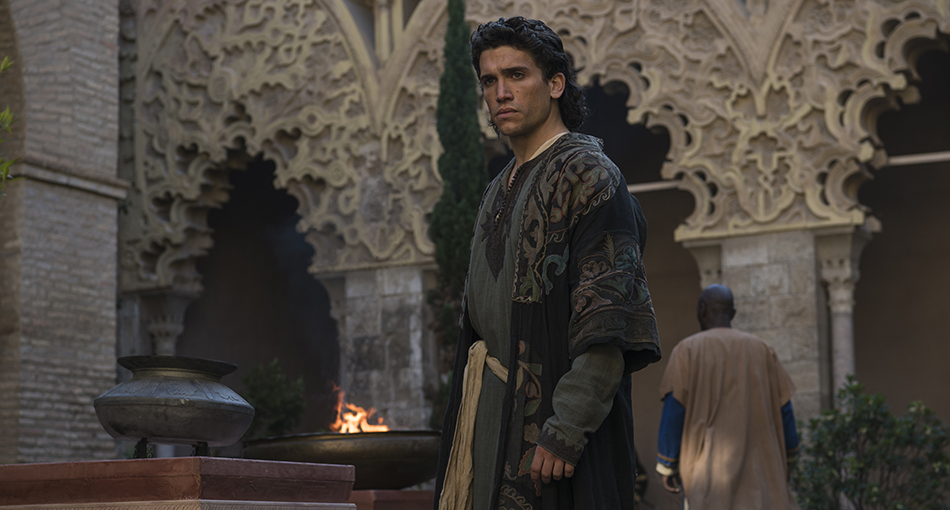 In the second season of El Cid, after the death of King Fernando, his sons Sancho, Alfonso and García became the kings of Castilla, León and Galicia, respectively. Urrada, Mrs. Zamora, will handle the threads of power and we will discover her darker side. The disputes between them will transform the Iberian Peninsula into a field of bloody battles. Ruy is knighted, but in the process he will have to sacrifice what he loves most to become a true hero. The filming of El Cid took place in the provinces of Soria, Burgos, Teruel, Ávila and the Community of Madrid, as well as in the city of Zaragoza, covering more than 4,000m2 of sets and formed by a team of more than 200 people and 11,000 extras. In addition, the cast of El Cid is completed by actors and actresses of the stature of Jaime Lorente, in the role of El Cid, José Luis García Pérez, as King Fernando I "El Grande", Elia Galera, as Queen Sancha "la Bella ", Carlos Bardem as the Count of León, Juan Echanove, in the role of bishop; Alicia Sanz, as the Infanta Urraca; Francisco Ortiz; interpreting Sancho VII "the Strong"; Jaime Olías as Alfonso VI; Lucía Guerrero, in the role of Jaime; Lucía Díez, as Infanta Elvira; Nicolás Illoro, as King García; Juan Fernández, as Rodrigo, El Cid's grandfather; Pablo Álvarez, as Orduño, Ruy's antagonist; Ginés García Millán, as King Ramiro of Navarra; Dani Tatay, as Beltrán, Ramiro's son; Dani Albaladejo, as Maestro Orotz; David Castillo, as the squire Lisardo; Adrián Salzedo, as Alvar; Álvaro Rico, as Nuño, along with Hamid Krim, who plays the Sultan of Zaragoza Al-Muqtaadir; Sarah Perles, as Amina, daughter of the Sultan; and Zohar Liba, in the role of Abu Bakr.

El Cid is a Zebra production that is executive produced by Sara Fernández-Velasco and Jose Velasco, creator of the series along with Luis Arranz, head of the script team. The series is directed by Marco A. Castillo, Adolgo Martínez-Pérez, Miguel Alcantud, Arantxa Echevarría, Manuel Carballo and Alberto Ruíz Rojo. The original soundtrack for the series was composed by Gustavo Santaolalla, Oscar winner for Brokeback Mountain and Babel, and Alfonso González Aguilar, composer of the Oscar-nominated animated film Klaus.