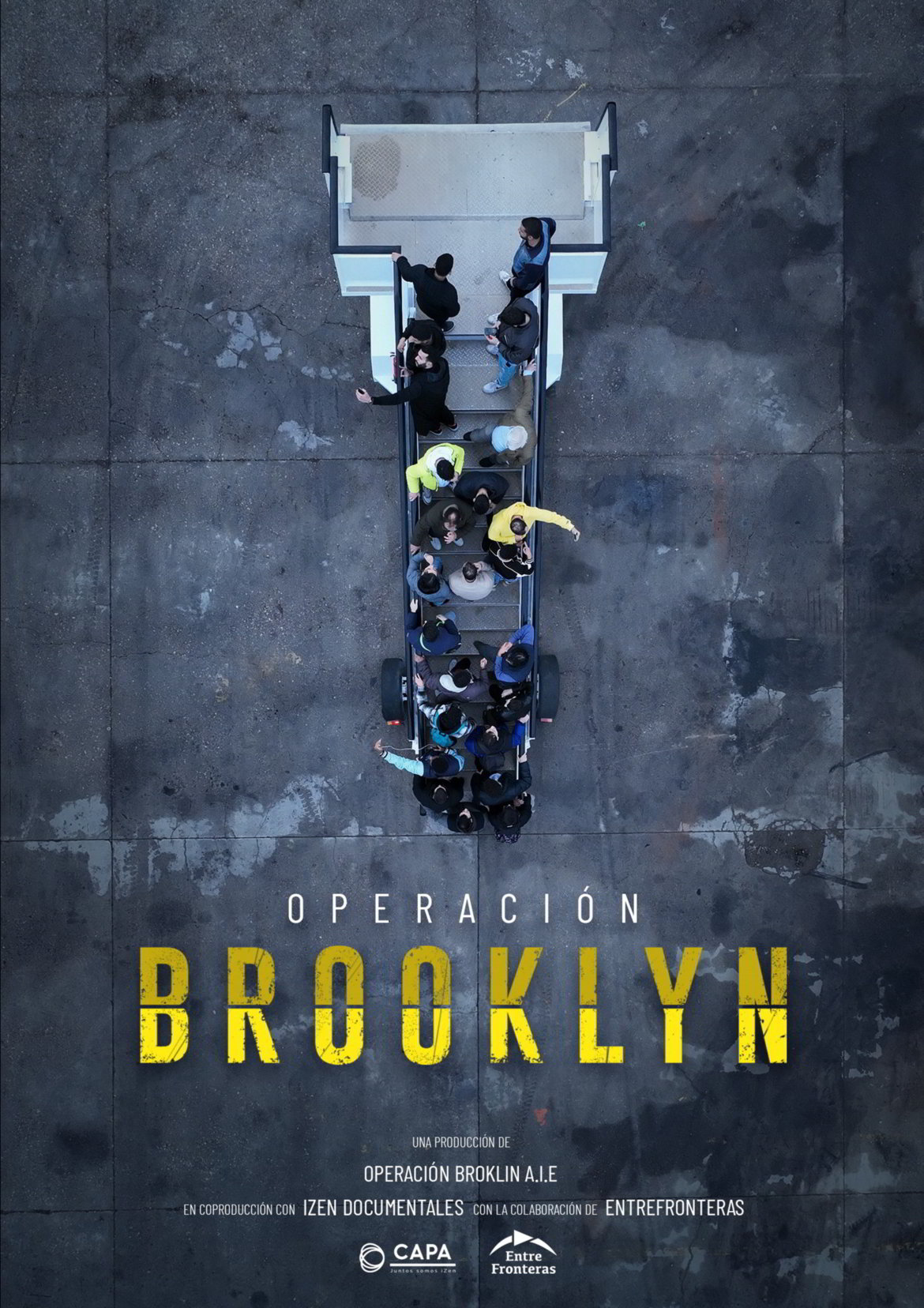 The disappearance of the crime of sedition has a derivative that all the media are echoing: the provisional release, decreed by the Court of Palma, of 22 of the Moroccan citizens who on 5 November 2021 had surprised the whole world by fleeing Palma airport after the emergency landing of the flight that was to take them from Casablanca to Istanbul.

CAPA Spain, the documentary brand of the iZen Group, and Entrefronteras have been producing 'Operación Brooklyn' for months, a documentary film that is now finished, combining filmmaking and the most rigorous investigative journalism. Through the 96-minute film, the audience will get to know all the hidden edges of the fascinating story that tells a way of entering Europe that has never been seen before but has already been replicated.

Police called the incident an "air boat", a term also used by much of the media. The police investigation led to a Moroccan Facebook group called 'Brooklyn', where a few months earlier a post had been published that gave a preview of what had happened, with very striking coincidences. As the fugitives were arrested, the investigating judge ordered them to be remanded in custody accused of, among other charges, the crime of sedition. They have been held in the prison of Marllorca for more than a year practically isolated.

The story, from the inside

But what is 'Operación Brooklyn'? For some, it is a coordinated action to enter Spain illegally; for others, it is the alignment of Spanish institutions to make an exemplary punishment and a warning to sailors.

The defendants, whose impressions are recorded in the documentary, have had a controversial judicial process. 'Operación Brooklyn' allows us to hear the opinions of some of the lawyers in the case, as well as those of the main authorities involved in the incident, such as the government delegate in the Balearic Islands, the commander in charge of the Guardia Civil in the area, the police inspector in charge and the highest ranking police officer in the Balearic Islands. of the Guardia Civil in the area, the police inspector in charge or the head of the Balearic Public Prosecutor's Office. The team has also travelled to various locations in Morocco to analyze in detail the causes of the migratory impulse with the parents of one of the accused, a passenger on flight MAC437, a specialised journalist and the author of the controversial post and leader of Brooklyn. Access to the investigation file will allow us to listen to the voices of the accused during their flight or to learn about the love story of one of them.

The direction and executive production is the responsibility of Tomás Ocaña, general director of CAPA Spain: "'Operación Brooklyn' deals with a subject of global interest such as the desire to migrate, but the characteristics of what happened allows a police thriller narrative that makes it an incredible story". The original idea and sub-direction is by Lucía Muñoz Lucena and Sergio Rodrigo, from the production company Entrefronteras, with extensive experience documenting the migratory phenomenon: "The spectator will enter into a truly in-depth journalistic investigation of a novel migratory process, as well as the latest investigation into a case of sedition in Spain".